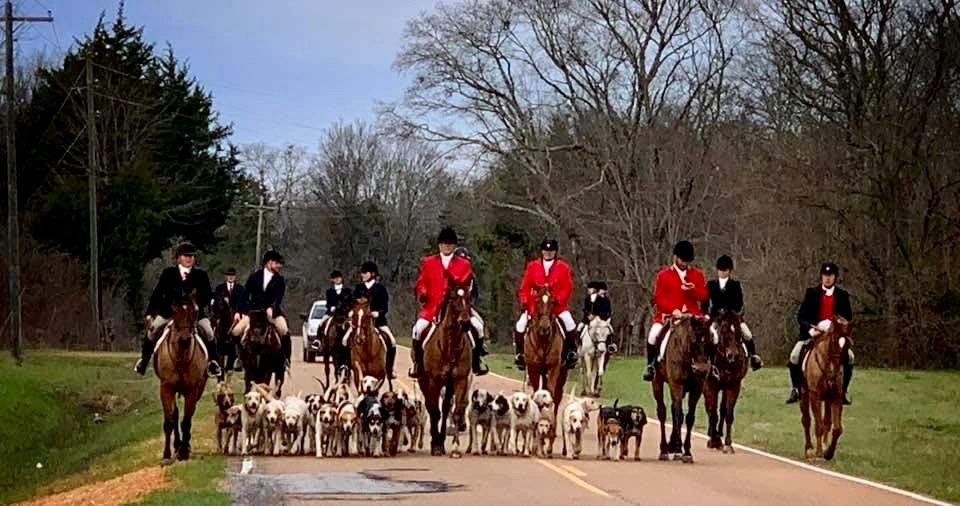 Welcome to Hard Away Hounds

Who, What, When and Where

WHO: Hard Away Hounds is an MFHA (Masters of Foxhounds of America) recognized hunt and was founded in 2001 in Greensboro, AL. In 2004 the Whitworth Hunt in Mississippi merged with Hard Away Hounds, creating more country and more members. Hard Away Hounds hunts coyote, red fox, grey fox, and bobcat. Its pack consists of approximately 25 couple of Crossbred and English foxhounds

WHAT:  We are a membership hunt run by four Masters of Foxhounds Robert Temkovits (Brooksville MS), David Fortenberry (Hattiesburg, MS), Jim Horne ( Pascagoula, MS) and Stephen Portch (Greensboro, AL). Stephen Portch hunts the hounds and is assisted by his whips Anna Lin Evely, Steven Evely and Katlin Russell. Our invaluable road whips are Red Garrett, Cal Phillips and Robert Temkovits. The field master is David Fortenberry. The staff utilizes radios and the hounds wear both tracking and GPS collars out of necessity because of the fast running coyotes.

WHEN: Our formal season begins on Labor Day weekend and runs through mid-March. We do mini hunts during the summer when weather permits, largely to introduce young hounds to hunting. We hunt both Saturday and Sunday, with the occasional midweek hunt. We typically hunt 60 days a season. Early in the season casts will be set at 6:00am due to the heat but gradually move towards 8:30am casts, when scent is usually optimal. Typical hunts lasts approximately 3 hours, sometimes less, sometimes more depending on the size of the country and the conditions.

WHERE: Hard Away Hounds has country in Alabama and Mississippi. In Alabama, the main countries are the Kennels in Greensboro, Wild Woods  (part of Forever Wild Alabama State Land), Hales near Uniontown, Big Foot near Selma and occasionally other properties. In Mississippi, the main country is Black Prairie Wildlife Management Area between Macon and Brooksville. A unique feature of our countries is the opportunity for field members to view the game are coverts tend to be small and open country plentiful. There are some coops but there are always non-jumping alternatives.